“What’s history got to do with me?”

It’s an understandable question when we look at the way in which many history texts are written. As much as I loved learning about history, I remember propping my eyes open with toothpicks as I tried to prepare for history exams. Now was it this person on this date in that location—or no, maybe it was…

What I did not realize is the ways in which history surrounds us. History is in the land under our feet, as well as the buildings that make up many of our towns and cities. But the most exciting discovery was just how personal our connections to history are.

In retrospect, I have learned that my grandparents’ eyes and ears were windows into our recent past. Through their stories, I can understand what life was like during the Great Depression and World War II. Thankfully, my dad had the sense to make some recordings of my grandfather reminiscing about his courtship with my grandmother and those dark days in the European theater of World War II. I also discovered that my aunt had a copy of my grandfather’s military records, which led me to his unit information. Once I had this, I could find out exactly when his unit landed on Utah Beach and where he was injured. The records even included the hospital where he recovered in England. These findings prompted me to conduct Google searches and ask family members for photos, helping me visualize what a soldier like my grandfather had encountered during his years of service.

Understanding the more distant past poses greater challenges, as we are now separated by multiple generations and can’t necessarily talk to eyewitnesses. Thankfully, there are neat resources, such as ancestry.com, and numerous books that can guide us.

I was fortunate, in that several of my relatives on both my mother’s and father’s side of the family who had done some research on our genealogy. One relative’s research revealed that we are direct descendants of Timothy Matlack, the revolutionary who penned the Declaration of Independence. I was awestruck. I try to imagine my grandfather, 10 generations back, mingling with the delegates of the First Continental Congress and talking with Thomas Jefferson. I have seen that document at the National Archive. Wow! 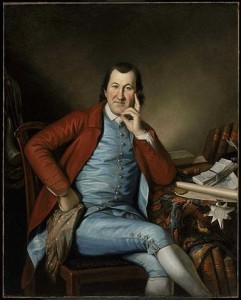 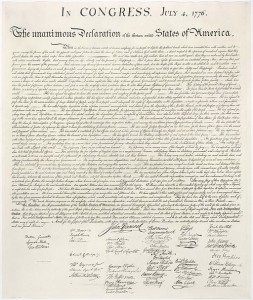 For some of us, tracing our family history is more challenging. But that doesn’t mean we don’t come into contact with people who have histories to share. I’ve discovered that the elderly people at my church enjoy reminiscing about the past. Many think their stories are unremarkable, and yet I can’t get enough, trying to better understand how they lived. For me, they are living, breathing time machines, transporting me to their youth in Colorado during the 1930s or in northern France around 1940. Their stories are so important for children to hear that I have invited some of them into my classroom to speak to my students over the years. It’s my hope that my students felt a personal connection to history, just as I have.