Published by Lisa Hernbloom on January 29, 2016

Who doesn’t love a road trip? Okay, maybe a lot of people—including my dad. Or anyone who has to traverse the entire breadth of Nebraska. (Sorry, Huskers!)

When I was young, my parents were a little hesitant to tackle road trips that took us more than a few hours from our Pennsylvania home, but on a couple of occasions, we drove for two solid days to sunny Florida. For any who have not had the pleasure of traveling I95 from the great Northeast to the land of palm trees, think a 1,000 mile tunnel of trees. If you’re particularly unlucky, you encounter construction every so often, slowing your trek to a painful crawl. Thankfully, Disney World is waiting for you at the end of the road. Of course, this is not the case on the return trip. 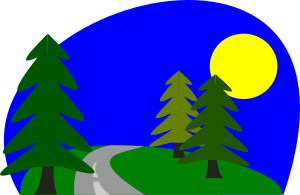 In retrospect, I totally understand my parents’ hesitance to embark on such a long journey; road trips are complex when you’ve got several kids in the back of your car, mini-van, or SUV. There is the perpetual dilemma of bathrooms not appearing when you need them. There is that small human who sleeps for hours and hours in the car and is ready to party when you reach the hotel. And of course there is the question of entertainment. And when we were kids, iPads and iPhones did not exist. [Gasp!] I remember reading as much as my motion-sickness prone stomach would allow from the backseat of our station wagon.

When I met my husband, I discovered that he absolutely loves road trips. And I don’t mean the count-the-hours-on-one-hand type of road trip; we’re talking cross-country trips. And it’s a good thing, since our family stretches from the mid-Atlantic, to the Midwest, to Colorado…and New Zealand! I realized rather quickly, after my cross-country move, that road trips were actually my friend. This gave us the chance to explore without the constraints of a strict schedule and visit friends and relatives that we wouldn’t have seen had we flown to one location .

But I have to admit, we do get tired and yes, at times, we grown ups do sometimes get bored a few hundred miles into our trip. Oftentimes I fill blocks of time with still more boring work on my laptop. But when I do, I try to reward myself with a good book. One day as we were driving cross-country, my husband asked if I would mind reading aloud.

I began to read one of the novels I’d brought. Suddenly, time began to slip by, and before we knew it, we were closing in on the Kansas-Missouri border. Meanwhile, our minds were in Honolulu, 1941 where Eddy Okubo helped his father repair boats. We gasped when Eddy forged his identification to make himself 18 so that he could enlist in the military. We could feel the tension as he informed his father, a first generation Japanese immigrant, of what he had done. Our hearts pounded with Eddy’s as the ground began to shake from the deafening explosions, and we shared his horror as he recognized the symbol of the land of the rising sun. We sensed his father’s disapproval shift to solemn pride in his son, who had so willingly signed up to fight for his country. And we ached to stand up alongside Eddy as he dealt with prejudice while trying to do his duty to the United States. (The Eyes of the Emperor by Graham Salisbury)

My husband and I often absorb ourselves in these stories until my throat begins to get sore. Sometimes, to save my voice, we use audiobooks. A few years ago, we purchased the entire Chronicles of Narnia (C. S. Lewis) on CD. Talk about a great way to embark on an adventure! As Peter, Susan, Edmund, and Lucy climbed into the wardrobe and traveled through Narnia, we traveled through the Rocky Mountains and the mesas and canyons beyond the Western Slope.

I know that, as an adult, I will often feel pressured to complete some work as we travel, and I imagine that someday, when we have kids, it will be easy to cave into the pressure to let them play on iPads and watch movies on these long trips. But I hope that they will learn to love read-alouds as much as we do.